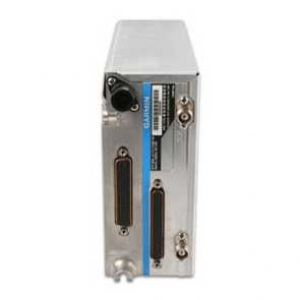 Certified to meet DO-260B/TSO C166b requirements, the GTX 3000 offers an affordable pathway to ADS-B “Out” compliance when installed alongside an approved SBAS/WAAS GPS position source, like certain Garmin flight decks or GTN series avionics. Using 1090 MHz extended squitter (ES) transmission, the GTX 3000 broadcasts details such as your accurate, GPS-calculated position, flight ID, altitude, velocity, climb/descent and heading information to ATC ground stations at the rate of once per second – far faster than traditional radar tracking. The net result is that ATC gets a far more accurate picture of what’s happening in the sky and allowing them to safely reduce separation minimums for more efficient flights.

Where ground stations are not yet capable of receiving extended squitter data, the GTX 3000 will still operate with traditional ATC protocols as a Mode A, C or S transponder

Track and Be Tracked

When combined with a TCAS II/ACAS II traffic system like the Garmin GTS 8000, as well as a radar altimeter like the GRA 5500, the GTX 3000 is an integral part of a complete TCAS II/ACAS II solution. When your traffic system detects an immediate conflict, it will use your GTX 3000 to communicate with the conflict’s TCAS II/ACAS II system to determine the best course of action for both aircraft. Each pilot will then be given visual and aural Resolution Advisories (RAs) with separate but complimentary instructions. For example, one pilot may be told to climb while the other is told to descend.